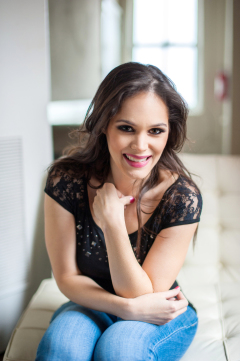 Gina was born in Virginia, but lived a large portion of her childhood in Germany.  As a young child she spent a lot of time writing stories and crafting picture books - all with a romantic theme to them!  Growing up, the urge to write never left her and she blossomed as a writer, earning accolades from her teachers for her talent.  Before graduating high school, she had written an entire 343-page manuscript about a strong female lead who places herself in great danger to avenge her parents - and in the process falls in love with the antagonist's nephew.  Her interest in contemporary romance with a twist of suspense continued to blossom and is the main genre of her works.

Being a military brat, she moved around a lot.  This gave her the opportunity to meet a lot of different people from varying backgrounds - which helps her to develop colorful and interesting characters for her books.  After several years in Germany, the army moved her family to Colorado Springs.  After five wonderful years living at the base of Cheyenne Mountain, her final stop was Killeen-Fort Hood, Texas, where she finished her senior year of high school.   Following high school, she attended the University of Texas at Austin, and graduated with highest honors in 2003, with a Bachelor of Arts in psychology.

She moved to Dallas, Texas, in 2005, to assume a role as civil rights investigator with the U.S. Department of Education.  As a way to cope with the daily stressors of the job, she threw herself into her passion - writing.  This led to her first novel, The Road to L.A., which was released on Amazon in 2010.  Gina plans on writing many more contemporary romance novels and is busy at work on her second romantic suspense book, The Escort. 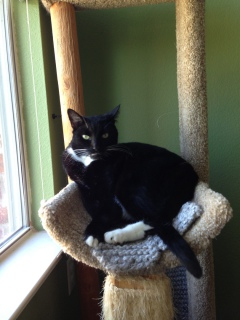 She currently lives in the Dallas area with her husband and ex-stray feline Shady.

Recommend this page on:

Recommend this page
© Gina Buchanan -- Email me at gina@ginabuchanan.com
Login